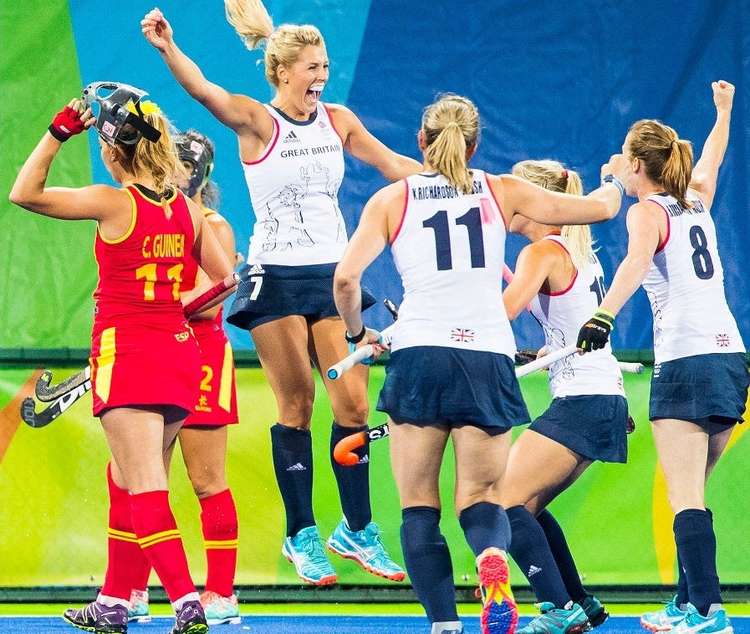 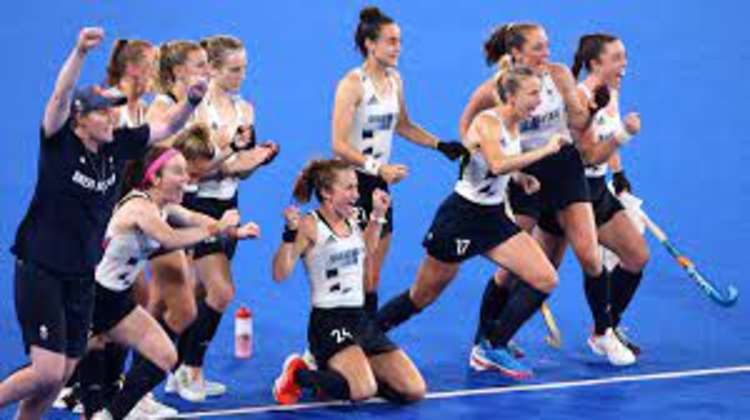 Holbrook's Hannah Martin produced an amazing piece of individual skill to fire Great Britain's hockey team into the lead against Spain in the Tokyo Olympics quarter-finals which ended 2-2 in normal time.

The former Holbrook Hornets youth footballer then netted in a tense penalty shoot-out, which GB won 2-0 to reach their third consecutive Olympic semi-finals, and will now play against the Netherlands on Wednesday.

That came after a gripping quarter-final match up ended 2-2, with Great Britain scoring two beautiful goals through Martin and Grace Balsdon.

But Spain – who lost 3-1 to Great Britain at the same stage in 2016 – fought back valiantly, producing two equalisers of their own through Belen Iglesias and Berta Bonastre.

The opening chance for either time came courtesy of a penalty corner for Great Britain but Anna Toman's slap was way above the backboard and meant the Spanish could clear the lines.

Aside from that, there was very little goalmouth action in the first quarter as both teams held firm in defence, while Sarah Jones was shown a green card just moments after a brilliantly timed Spanish interception stopped the Welsh player from taking a shot on goal.

Berta Bonastre had Spain's first chance shortly after the second quarter began, her shot on the turn not troubling Maddie Hinch.

Moments later Great Britain opened the scoring as Martin waltzed her way past two defenders before firing the ball between the goalkeeper's legs for her fourth goal of the Olympics.

Spain weren't behind for long though as they equalised just three minutes later, Iglesias deflecting the ball beyond Hinch after a clever corner routine caught Great Britain out.

Giselle Ansley saw a flick of her own blocked in the 24th minute as both teams once again neutralised each other to go into the half-time break all square.

Clara Ycart was shown a green card early in the third quarter and Great Britain immediately made them pay, winning a corner that Balsdon rocketed high into the top corner to restore her side's lead.

Ellie Rayer then had a shot on the turn blocked shortly after before Spain went onto the front foot, trying to break into the British circle in the remaining moments of the quarter but meeting stern resistance.

Hinch then produced a brilliant save in the final minute of the quarter to keep out Lucia Jimenez but Spain won a corner. However an unfortunate bobble meant they couldn't trap the ball cleanly and the danger was averted.

Martin then hit the post with the game's final clear chance as both teams settled for a shootout.

Both sides missed their first chances, with Hinch saving Ycart's attempt before Anna Toman's shot just went wide. Hinch then produced another great save to thwart Begona Garcia before Martin opened the scoring with a composed finish after her first shot was saved.

Gigi Oliva was also stopped by Hinch before Sarah Jones doubled the lead, meaning Spain had to score with their next effort. Beatriz Perez stepped up and hit the post before after yet more great work by Hinch, only for it to be re-awarded.

But there was no getting past Hinch who once again positioned herself brilliantly to keep out the first shot before the second looped over.

After the game, Lily Owsley said: "When it goes to a penalty shootout, we just let Maddie do her thing. She's got so many processes, she's meticulous in her preparation, knows exactly what every single one of them wants to do and will play on that.

"She's one of the best goalies in the world and a shootout is when she really comes into it. She's a big game 'keeper and I think it gives us so much confidence going into a shootout as we know we only need to score one or two as she can take care of then rest. We've lost to Spain in a shootout before, you can't take anything for granted as we know they're a good side with tricky players.

"We have so much belief in this team. We've been growing through this whole tournament and it's the best we've ever played. We've been building and building for this tournament and are so happy that the performances are coming now, and we can show the world what we've been working on back home."

Maddie Hinch said: "As a 'keeper I think you shouldn't fear a penalty shootout as it's a chance for you to do your part. I didn't fear it today, I felt ready and that I'd done my homework. I could have let all five in or saved all five, that's just how it goes, but it certainly helps when we're putting them in the back of the net as well.

"I'm quietly confident in my ability to do it but it doesn't always go like that. You've got to take it one shootout at a time, celebrate each save and get the hype going. All of that plays into the Spanish heads and I'm glad we didn't have any more as I was getting a little tired!

"There's a lot of homework that goes into it. I had a bit of an idea of what they might do. We actually lost to them as England in a shootout not too long ago and I knew what I did wrong there. It was really nice to get the win today. I'm really proud of the group.

"I'm quite relaxed going into a shootout, of course there are some nerves there, but I think they're a good thing. I don't feel like I have anything to lose, I'm not trying to prove anything, I'm just trying to do my job. As long as I have no regrets and I've given it my all and believe that I can save them all then what will be will be.

"I definitely don't feel invincible and I'm definitely not, I just enjoy penalty shootouts. Honestly, we've lost a lot of them as well and I've just had a lot of experience in the moment. It's just about not fearing it. As a goalkeeper it's a pretty unforgiving position so you might as well enjoy these moments that you have and put it all out there and have no regrets.

"What happened five years ago just shows that anything is possible. That group was ranked sixth or seventh in the world, we hadn't won a huge amount, and we went on to win a gold medal. We've still got people in the group who know how to do it, and it was that one game at a time mentality. So, as exciting as it is, those ones that have done it, we just need to forget it and move on to the next one.

"I think, going into the semi-finals, there's an advantage of maybe that it's still in the back of the minds of the Dutch.

"I'm sure they'll say it isn't but it probably still is a little bit. We gave them a bit of a scare in the group stages which is also really helpful, but the game is going to be tough. We're going to have to look at why we didn't get a result there, what we need to do better, because they're going to be better having learned from that match. But you know what, we're in the mix, we've just got to go out there and give it our all. I'm just so proud of what we're delivering here and that's the number one thing we wanted.

"We said we to go home delivering what we're delivering and if that gives us a medal then great, and if not then we can still be proud of what we've done."