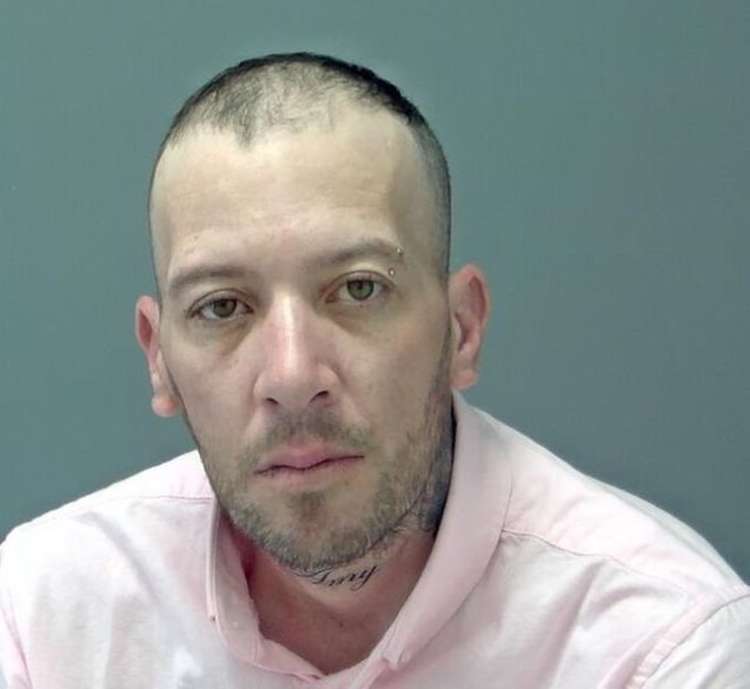 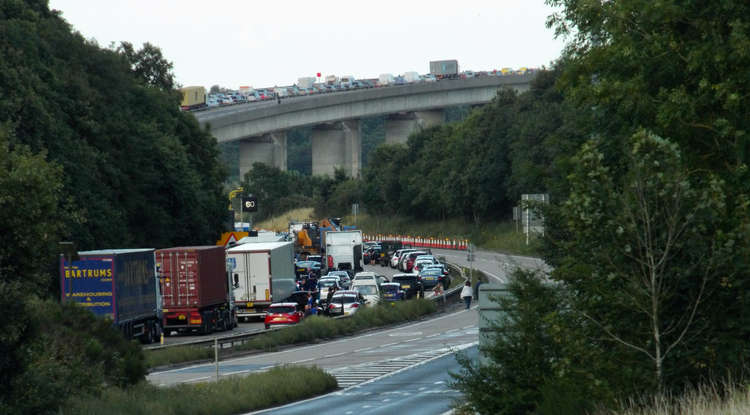 A man who survived jumping from the Orwell Bridge has been sent to prison after causing a four-hour traffic delay when he went back weeks later.

Stuart Winney, of Wherstead Road, Ipswich, was jailed for 30-months and handed a five year criminal behaviour order preventing him from going near the Orwell Bridge on foot, after he pleaded guilty to causing a public nuisance, on Saturday August 7.

Ipswich Crown Court heard how the 38-year-old Stuart Winney, had previously jumped off the 43m high bridge at the beginning of July, and was rescued by the Coastguard and RNLI. Winney had spent a few weeks in hospital after being seriously injured.

The court heard that the latest incident on August 7 was the ninth time Winney had visited the Orwell Bridge and police were called.

Sentencing Winney yesterday (November 8) Judge Martyn Levett said his actions had caused considerable disruption to hundreds of motorists and lorry drivers who were caught up in the gridlock and had resulted in ten ambulances, the RNLI, the coastguard as well as 15 police officers being called to the area.

Judge Levett added that the tailbacks stretching back 4.5km in both directions on the A14 between 5pm and 9pm and the cost of the Orwell Bridge being closed for four hours had been estimated at £166,000 and that did not include the cost to members of the public for their inconvenience and losses.

Harry O'Sullivan, prosecuting, told the court that on August 7 Winney had walked towards the crest of the bridge and threatened to jump off unless he could speak to his former partner, despite being subject to bail conditions banning him from contacting the woman following allegations of a domestic nature although the case against him was dropped last month after the prosecution offered no evidence against him.

On August 7 police obtained Winney's ex partner's phone number and arranged for a phone to be brought to him so that he could speak to her.

Four hours after the start of the incident after talking to police negotiators Winney agreed to sit in an ambulance and was not found to be suffering from acute mental illness.

He appeared intoxicated and admitted he had drunk a bottle of vodka and several lagers and was was arrested. On his way to Martlesham police centre, Winney told an officer that following his release from custody he would return to the bridge and jump off it and it would be the officer's fault.

Jess Peck, for Winney, said her client only started going to the Orwell Bridge after a violent attack on him in June this year which had resulted in him struggling with his mental health.

She said Winney had not appreciated at the time the impact of his actions on people sitting in their cars but now felt "extremely bad" about what happened.

Ms Peck said he had wanted to speak to his former girlfriend because he was was in a dark place and was planning to kill himself but added he was now in a much better place and had been addressing his issues with alcohol.