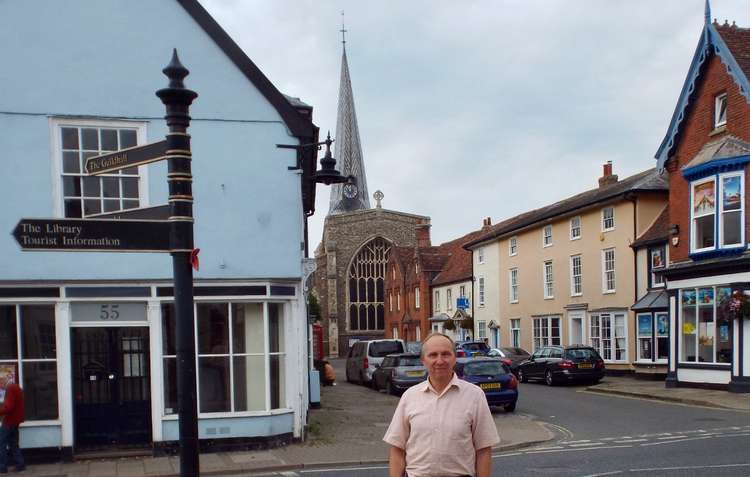 Babergh leader John Ward has said the authority needed to recognise the fears of businesses in their recovery from Covid-19 in postponing changes to free parking in Hadleigh and Sudbury, while users at Pin Mill have to pay..

Plans put forward by Conservative members had been approved earlier this year by the authority's cabinet to reduce free parking from three hours to one to address the £185,000+ annual cost of subsidising parking, due to come into effect in January.

But last month it was confirmed, after two conservatives from Hadleigh and Sudbury, were added to the cabinet, that the change has been postponed indefinitely after much political quarrelling behind the scenes.

He told the cabinet: "Yes, the cost of providing car parks must sensibly be borne at least in part by the users so we can free up funds for services for all our residents and yes, we do want to encourage transport modal shift for those living close to the town centres, but the question of whether the reduction from three hours to one hour free parking will or will not have an impact on businesses is really at the core of the controversy and it is clear that there are strongly held views on both sides."

Cllr Ward said that the independent businesses in the districts two biggest towns, Sudbury and Hadleigh, were doing 'reasonably well' but added: "We must also acknowledge that many businesses are fearful that any change to parking charges at the moment could affect what is for some a slow recovery from Covid.

"Irrespective of whether any effect is real or not, that fear exists and as a result of this we have made a further postponement of the tariff changes."

While an indefinite postponement has been made for now, Cllr Ward stressed that any future consideration would need to be done in such a way that it could consider "how we can make any future charges more palatable" for businesses.

Deputy council leader Clive Arthey, leader of the Independent group, had disagreed with the postponement decision, stating that it would help cover the costs of subsidising parking.

He said the delay is a 'retrograde step' that 'shows no commitment to the long term provision of well maintained, well managed and usable car parks'.

Cllr Arthey also pointed out that the original proposal, as told by Cllr Ward to all members, was made by the Conservative group with the then Environmental portfolio holder Elisabeth Malvisi backed by Cllr Ward putting the paper forward.

In an open email Cllr Ward confirmed to all Babergh councillors: Finally, I want to clarify that the claim made publicly to the media that the initial proposal to implement parking charges was an Independent one is not true: it was not. As I stated earlier, the idea first came from the Conservative group to cabinet, for the reasons I gave, but we changed our minds when presented with the strong feelings of our local businesses."

Cabinet members and the public were told on Monday's meeting how it was the Independents and Lib Dems that then watered down the Tory proposals by giving extra free parking time, on top of the proposed Tory half hour and simplified the charges.

Following an internal row within the Conservative group Cllr Malvisi resigned from the Tory party and has joined the Independent group and remains a member of the coalition cabinet.