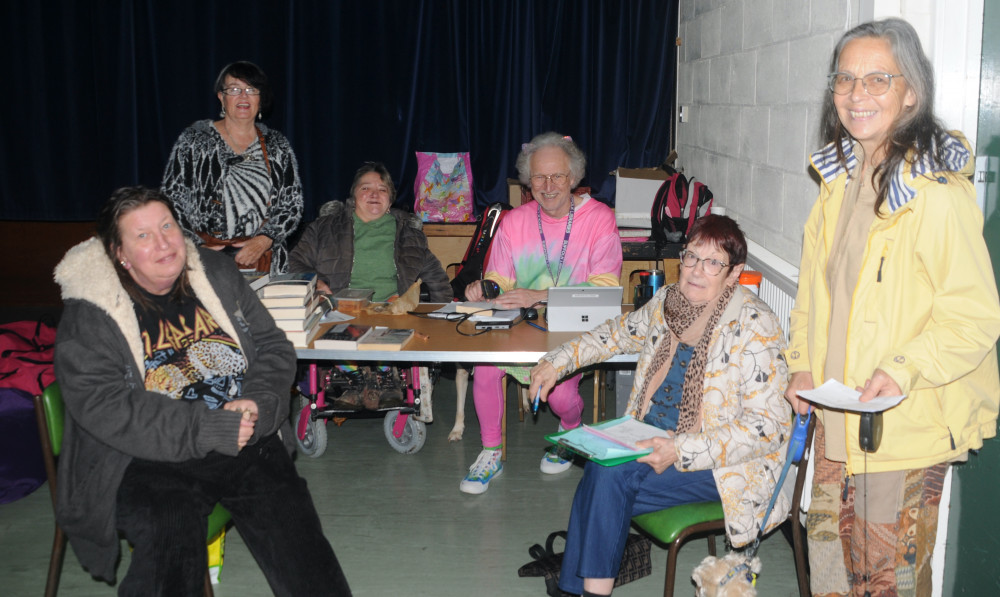 There is understandable concern by neighbours of the planning application on land north of The Street near Chapel Fields on the edge of the village built up area boundary.

To this end I have asked the planning committee to come and visit the site so they can see first-hand the issues and the suitability, of the

Babergh planning committee asked to visit Shotley site
Officers will have to balance the need of our village and the demands of a Conservative government, which has set the laws and targets to increase house building over a period of time.

There are also rules in place to prevent planning. as we found with the previous application to build next to Erwarton Hall, it will be interesting to see how the new, amended, application, will be viewed.

As I am planning trained and could sit on any deciding committee, I always maintain a neutral, non-determined stance until called upon to speak at committee, or even vote.

I will as always represent the views of my constituents, and feelings have been made very clear to me with nearly 100 people at a village planning meeting, and also online, voicing their objections, which I will reflect while also outlining the merits for some balance and fairness.

While emotional views are inevitable and understandable, it is the hard-nosed facts, rules, policy and planning law that will determine the officers; recommendation, and the committee decision when it decides if the benefits outweigh the harm.

I'm always willing and available to talk about the merits or otherwise, of Babergh's planning policy. 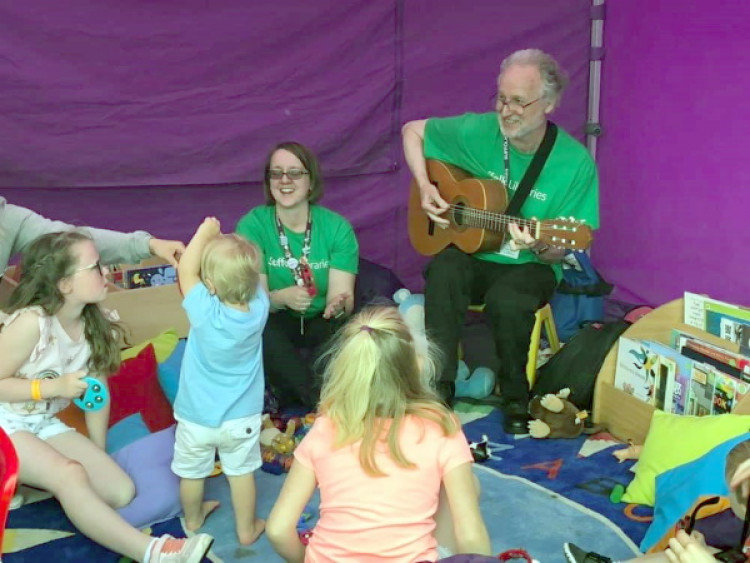 Good news for all those that enjoy using the Shotley pop up library – we have been able to save it for at least another few months.

Due to funding cuts by Suffolk county council to the libraries service the popular pop up was due to close in November but we have secured enough money to keep it going until the end of the financial year.

I'm very grateful to those that joined the constituted Friends of Shotley Library group I set up with the help of librarian Tom Veasey and I'm delighted that Shazz Kennedy has volunteered to be its chair.

While I was more than happy to allocate some of my locality award budget to the cause, my neighbouring ward councillor Jane Gould also gave some of hers too after being immensely impressed with the service the volunteers provided.

County councillor Simon Harley also weighed in and I'm hoping by the time you read this, Shotley parish council will have also approved a grant.

For those who have not had the pleasure of visiting the library every Monday afternoon at the village hall, please do so between 1pm and 5pm.

It is more than just books, with Tot Rock, coffee cakes, and a variety of activities going on in a warm and welcoming space.

In addition, the first Monday of each month also sees a visit from the Babergh Customer Service team, offering all sorts of advice and practical help for those that struggle with our services online.

Those Mondays coincide with a visit from Garry Simmonds and his Rural Coffee Caravan. 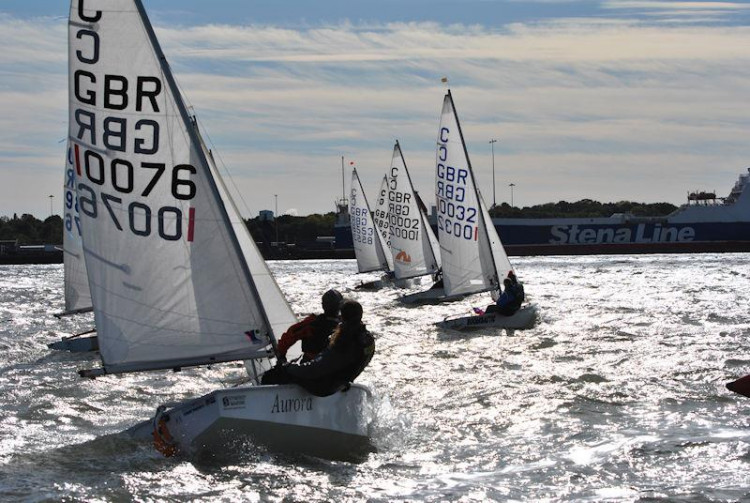 Shotley has been graced by the presence of the Great Britain Cadet class sailing team, over the past couple of months, with Erwarton skipper Amelia Mayhew leading the way.

The crews have been using Shotley Sailing Cub as a training base ahead of their World Championship off the Melbourne Coast in mid-December.

I know you will join me in wishing them all Bon Voyage and every success in the Worlds.

So come down to the sailing club around 11am with your flags and bunting on Sunday 4 December, to give them a warm Shotley send off.

Fabulous to once again join everyone at the monthly Soup a Lunch which has returned after a 2.5 year absence to Shotley village hall, for reasons we are all far too aware of.

This is another example of the wonderful community we have at this end of the peninsula.

All are welcome on the new day, which is now the second Thursday of each month, with the 8 December date giving you the opportunity to wear your Christmas jumper or top.

All proceeds to the St Mary's churches at Shotley and Erwarton. 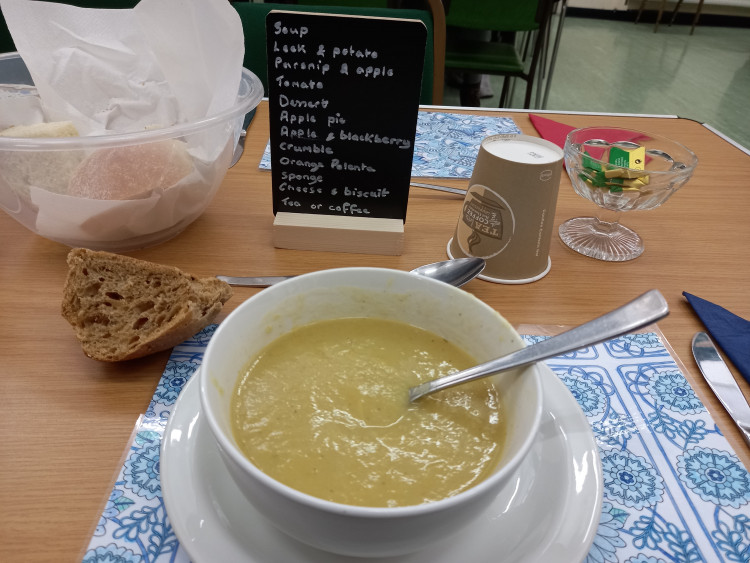 Best fiver I have spent all month (©NubNews)

Demolition has been going on in earnest of the site as developers prepare the ground to progress works.

The mast is being restored as we speak and new facilities, including community space, shops and café, are part of the plans.

You can see from the road how Phase One is coming along quickly, with the first houses and the start of the spine road visible.

Andrew Coulson led the service, at St Mary's Church in Shotley with RBL chairman Brian Ives leading the standard bearers at the Submariners' Memorial in the Commonwealth War Graves.

Wreaths were laid on behalf of The Ganges Association, the Royal Navy and Babergh, while many left their own personal tributes. 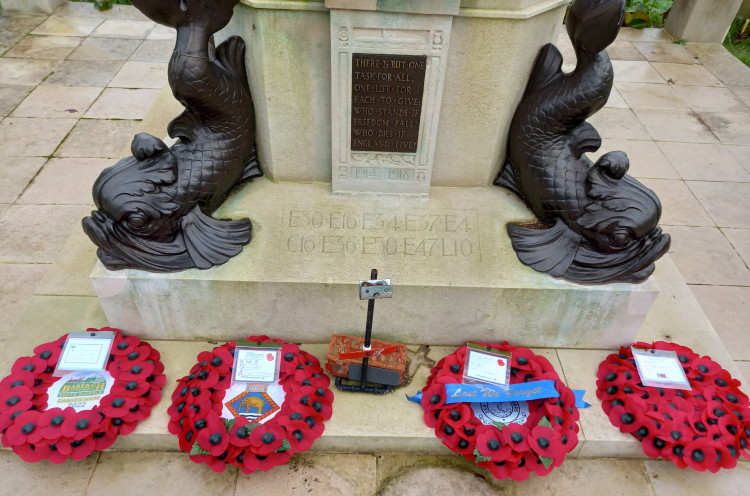 Shoreline Benefice: Readings for The Sunday next before Advent, Christ the King 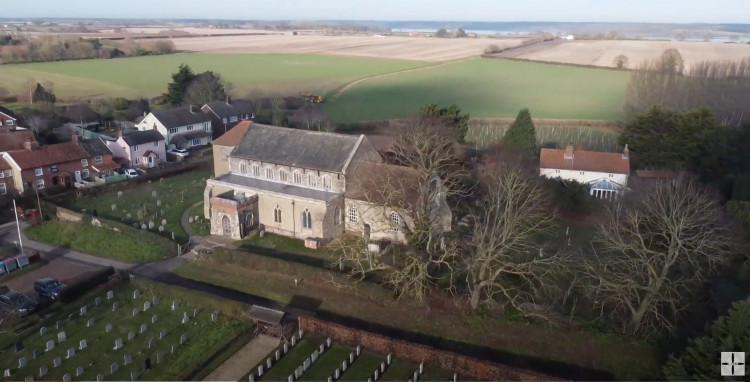