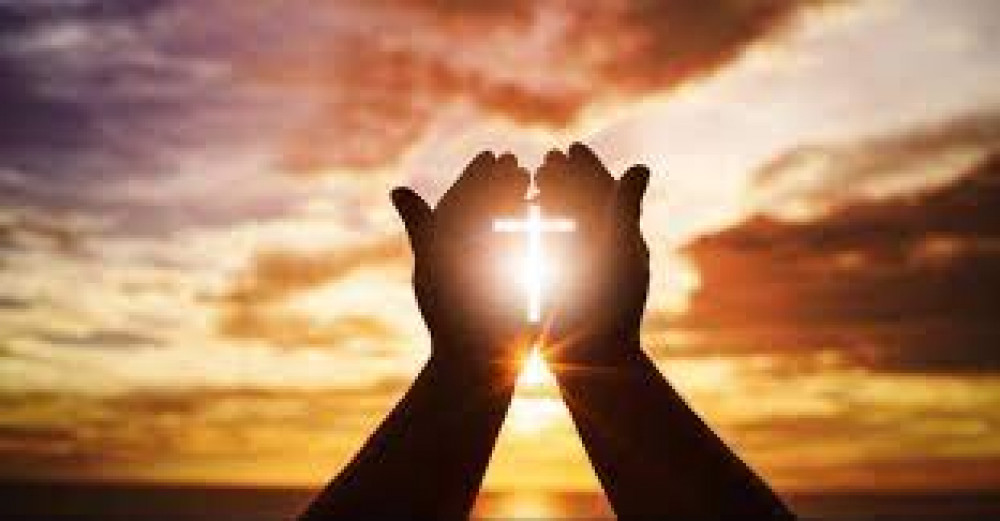 Gospel of the Lord

The First Sunday of Trinity

Ahab told Jezebel all that Elijah had done, and how he had killed all the prophets with the sword. Then Jezebel sent a messenger to Elijah, saying, 'So may the gods do to me, and more also, if I do not make your life like the life of one of them by this time tomorrow.'

Then he was afraid; he got up and fled for his life, and came to Beer-sheba, which belongs to Judah; he left his servant there.

But he himself went a day's journey into the wilderness, and came and sat down under a solitary broom tree. He asked that he might die: 'It is enough; now, O Lord, take away my life, for I am no better than my ancestors.'[ Then he lay down under the broom tree and fell asleep. Suddenly an angel touched him and said to him, 'Get up and eat.' He looked, and there at his head was a cake baked on hot stones, and a jar of water. He ate and drank, and lay down again. The angel of the Lord came a second time, touched him, and said, 'Get up and eat, otherwise the journey will be too much for you.'] He got up, and ate and drank; then he went in the strength of that food for forty days and forty nights to Horeb the mount of God. At that place he came to a cave, and spent the night there.

Then the word of the Lord came to him, saying, 'What are you doing here, Elijah?' He answered, 'I have been very zealous for the Lord, the God of hosts; for the Israelites have forsaken your covenant, thrown down your altars, and killed your prophets with the sword. I alone am left, and they are seeking my life, to take it away.'

Then there came a voice to him that said, 'What are you doing here, Elijah?' He answered, 'I have been very zealous for the Lord, the God of hosts; for the Israelites have forsaken your covenant, thrown down your altars, and killed your prophets with the sword. I alone am left, and they are seeking my life, to take it away.' Then the Lord said to him, 'Go, return on your way to the wilderness of Damascus; when you arrive, you shall anoint Hazael as king over Aram.

Now before faith came, we were imprisoned and guarded under the law until faith would be revealed. Therefore the law was our disciplinarian until Christ came, so that we might be justified by faith. But now that faith has come, we are no longer subject to a disciplinarian, for in Christ Jesus you are all children of God through faith. As many of you as were baptized into Christ have clothed yourselves with Christ. There is no longer Jew or Greek, there is no longer slave or free, there is no longer male and female; for all of you are one in Christ Jesus. And if you belong to Christ, then you are Abraham's offspring, heirs according to the promise.

Then they arrived at the country of the Gerasenes, which is opposite Galilee. As he stepped out on land, a man of the city who had demons met him. For a long time he had worn no clothes, and he did not live in a house but in the tombs. When he saw Jesus, he fell down before him and shouted at the top of his voice, 'What have you to do with me, Jesus, Son of the Most High God? I beg you, do not torment me'— for Jesus had commanded the unclean spirit to come out of the man. (For many times it had seized him; he was kept under guard and bound with chains and shackles, but he would break the bonds and be driven by the demon into the wilds.)

Jesus then asked him, 'What is your name?' He said, 'Legion'; for many demons had entered him. They begged him not to order them to go back into the abyss.

Now there on the hillside a large herd of swine was feeding; and the demons begged Jesus to let them enter these. So he gave them permission. Then the demons came out of the man and entered the swine, and the herd rushed down the steep bank into the lake and was drowned.

When the swineherds saw what had happened, they ran off and told it in the city and in the country. Then people came out to see what had happened, and when they came to Jesus, they found the man from whom the demons had gone sitting at the feet of Jesus, clothed and in his right mind. And they were afraid. Those who had seen it told them how the one who had been possessed by demons had been healed. Then all the people of the surrounding country of the Gerasenes asked Jesus to leave them; for they were seized with great fear. So he got into the boat and returned.

The man from whom the demons had gone begged that he might be with him; but Jesus sent him away, saying, 'Return to your home, and declare how much God has done for you.' So he went away, proclaiming throughout the city how much Jesus had done for him.